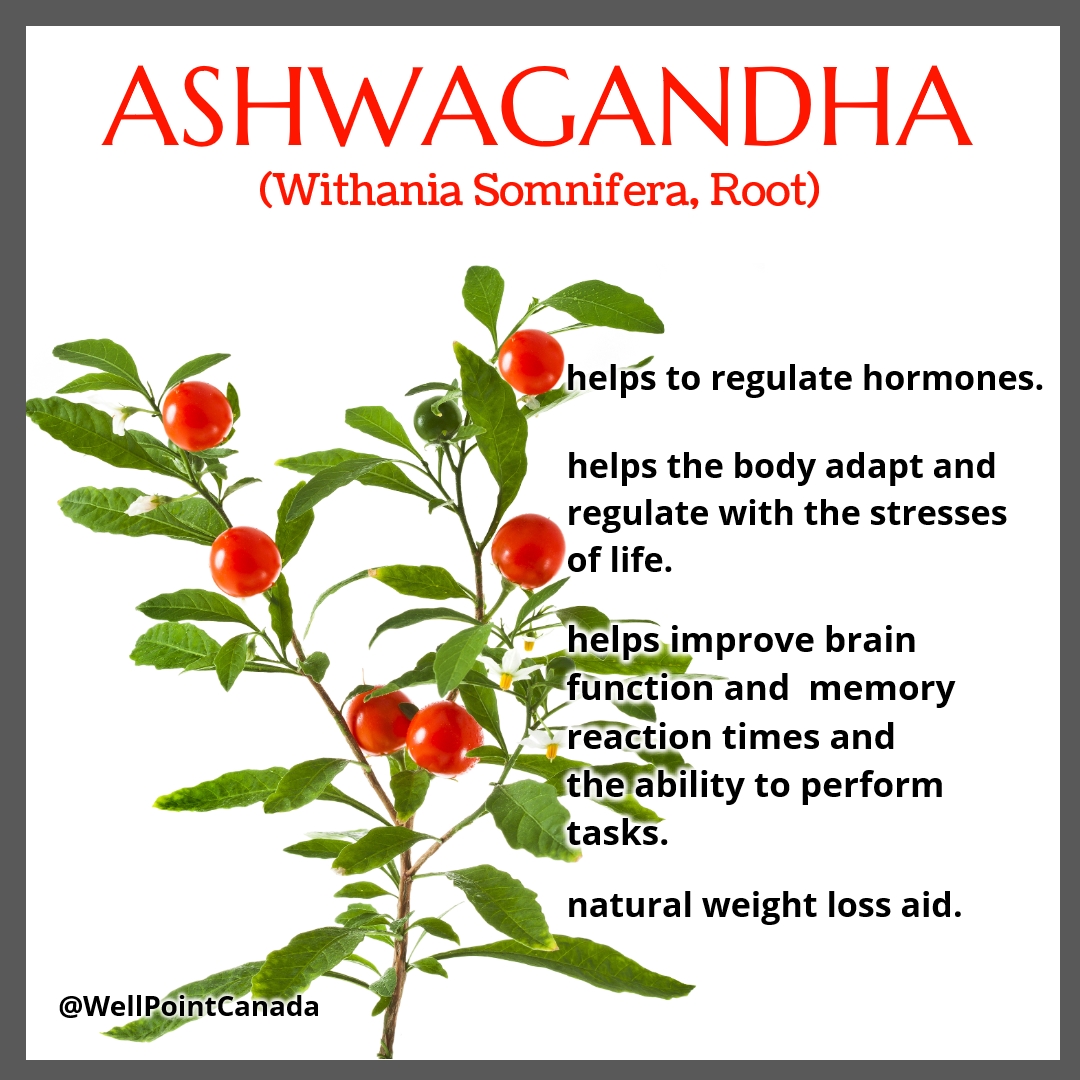 Ashwagandha is one of the most important herbs in Ayurveda, a form of alternative medicine based on Indian principles of natural healing. Ashwagandha is an Ayurveda herb, used for over 3000 years, known for its extremely powerful and notoriously restorative benefits. It is an adaptogen that helps regulate the hormones in your body. An adaptogen is a natural substance that helps the body adapt and regulate to cope with the stresses of life and restore balance. Ashwagandha can reduce blood sugar levels, through its effects on insulin secretion and sensitivity. Ashwagandha has Anti-Cancer properties. Animal and test-tube studies have found that this herb helps induce the apoptosis or “programmed cell death” of cancer cells. It also impedes the growth of new cancer cells. Animal studies suggest that it may be beneficial for treating several types of cancer, including breast, lung, colon, brain and ovarian cancer. Ashwagandha helps to decrease inflammation. Studies in humans have found that it increases the activity of natural killer cells, which are immune cells that fight infection and help you stay healthy. It has also been shown to decrease markers of inflammation, such as C-reactive protein (CRP) This marker is linked to an increased risk of heart disease. In addition to its anti-inflammatory effects, ashwagandha may improve heart health by reducing cholesterol and triglyceride levels. It may improve brain function, including memory reaction times and the ability to perform tasks. (Upton 2000, Nadkarni and Nadkarni 1954) Traditionally used in Ayurveda as Rasayana as a (rejuvenative tonic) ( Sukh Dev 2005, API 2001, Upton 1999) Traditionally used in Ayurveda to relieve general debility especially during convalescence or old age. (API 2001, Kapoor 2001) Ashwagandha (Withania somnifera, Root) (10.0:1.0) extract is a vital part of the WellPoint Canada ImunRX formulation.